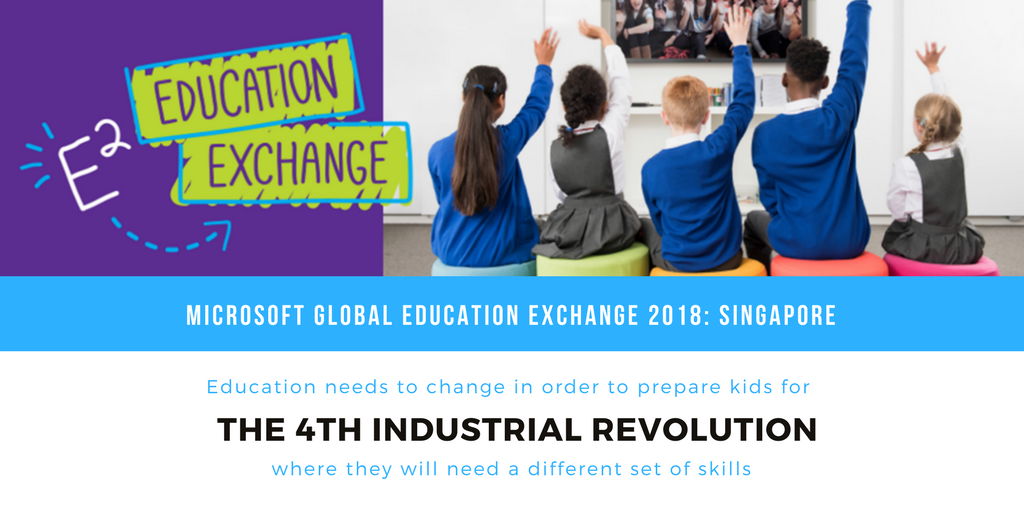 Today was a very exciting and motivating day.  But then the first day of the Microsoft Global Education Exchange (E2) should be.  I have two things to reflect on: this morning’s keynote session and networking opportunities.

The morning keynote opened with a great demonstration by a Chinese martial arts group.  The kids were so cute. There was one girl among the boys. It was interesting how they changed the mood and music when she came on the stage.  For the boys it had been a powerful and driving soundtrack and then suddenly it was light and lilting. That little girl showed some graceful moves while demonstrating that she had the same power as the boys.  To me it was saying that every show of strength doesn’t have to be the same. You can be just as strong and not make the same noise.

After introductory remarks about the makeup of the E2 group and some specific shout outs, the conversation turned to the digital transformation of our global society and how we were preparing for it. In the future, 60% of the jobs that we know will disappear.  This has two implications: what are we doing to prepare workers who will need to acquire new skills and what are we doing to prepare our students who will need to have an evolving skill set to be effective in jobs that we know nothing about yet. A couple of examples were shared, including the new national digital storytelling initiative here in Singapore.  Students will be creating stories using immersive technologies. It will give them practice in communication skills and digital creation skills.

There was discussion about the 4th industrial revolution.  I was unaware of the term having not read Klaus Schwab’s book.  It makes sense though. No one can deny that IoT, AI, and quantum computing are game changers. Our societal challenge is to move these things forward without creating a larger have/have not gap.  We cannot leave those with limited access or who are underserved behind in the “digital dark ages”. Especially when the demand for digital skills is outpacing supply.

The final speaker for the morning was Jenny Ferries a software engineer from Microsoft. Jenny was special to this audience because up until last year she was a teacher.  Jenny was good at what she did and had evolved to the place where she needed a new challenge and education as a career path did not have what she needed anymore.  I found her story so personally inspiring. She determined what she was going to do and fought for it. Just like I had to when I decided that I was not going to be a programmer and instead teach.

So I see what Microsoft did here today.  Reminded (or informed some of) us that we are facing a great need in education. As we are standing at the brink of 4th industrial revolution there is so much need for us to get our kids ready.  It requires us to evolve as a profession. We have it in us, just like Jenny…

Want to see my notes?  Here they are.